I have been promoted to Vice President! Trisha, I wanted to thank you for all your patience, guidance and advisement. Your leadership training course is one of the core reasons I have achieved this next step in my career. Indeed, what I learned while working with you has made me a stronger leader, a better colleague and a happier professional."
Carolyn B. VP Marketing
Major Retail Chain, NYC

Thank you Trisha, for being a great listener, a sounding board and the voice of reason throughout an enlightening process."
Marcia A.National Staffing Firm, NYC

One of Trisha’s strengths is identifying, with the team, what their current ‘reality’ is and then facilitating a new reality that will move the company forward."
Mike G.Partner, Financial Services

Thanks in no small part to Trisha’s coaching and tools I’ve elevated my position to #2 in the office and heir apparent to the top job."
Deputy General ManagerTop 10 P.R firm, NYC 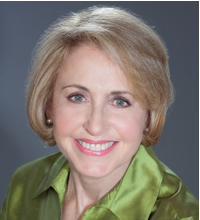 The seven notable individuals and one news outlet received their medals during a banquet in October 2018, on the University of Missouri campus in Columbia.

Medalists are selected by the faculty of the School of Journalism based on lifetime or superior achievement in journalism and communications. Trisha was selected for being a pioneer in the field of executive coaching and her study of the relationship between language and leadership.

The School of Journalism has awarded the Missouri Honor Medal for Distinguished Service in Journalism annually since 1930 to outstanding journalists, advertising and public relations practitioners, business people, institutions and media organizations from around the world. Among them are Christiane Amanpour, Sir Winston Churchill, Gloria Steinem and Gordon Parks. 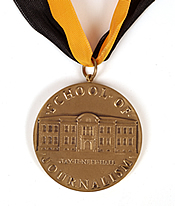 The 2018 honorees are listed below, and you can learn more about them here.